Hey guys, this week I’ve been working on fleshing out some possible PVP concepts that I think will add a lot to our end game following the concept of bragging rights systems that I discussed last week. If you haven’t read last weeks dev blog I suggest you do so first as this system would be fairly rubbish in the current vanilla loot rate (which we plan to increase a fair bit)

Territory Control
The proposed system with populate the map with control points (at this point we are thinking 2 or 3 per biome). Each point will show on the map and indicate which players control it. The markers will be similar to a ownership cell that contains a built in ownership stake. Controlling this marker will give you build authority like a normal build cell.

The catch here is that within this build cell, other players will be allowed to use much cheaper raiding tools to break down your walls making these areas much harder to defend. I imagine something like a much cheaper C4 recipe that can only be used in territory control cells and other raiding mechanics we want to test out.

Rewards
Rewards at this point will be something like a currency over time held used to unlock cosmetics like custom gear shaders, name plates, exclusive team colors etc. Basically bragging rights points that you can show off in the world. You will also have your name on the map that shows how much territory you control which will be visible to all players.

What This Hopes To Achieve
A. Give players that have hit end game meaningful objectives to fight over that don’t make the initial progression harder to balance
B. Create a much lower barrier to entry for playing with raiding mechanics without making it easy for top clans to wipe everyone off the map
C. Give us a lot more room to experiment with base raiding balance and systems to eventually refine standard world raiding
D. Is completely Opt-In, won’t make life any harder for people who aren’t equipped or interested in clan PVP
E. Can be built using mostly existing mechanics

The initial implementation will be pretty straight forward and we will expand from there. Rewards will be limited at first, but if the system works well we will extend them.

The biggest job for the initial rollout of this system is it will depend on a ingame clan management system which we are currently working on. See Tom’s post for details.

Next Patch
We don’t have a specific ETA yet for our next patch, but we hope to have the above systems in some form in early October.

This week I am revisiting the Core Drill that you all know and love. This machine was made very early on and never got the full treatment that we now have as our standard. This will have a finish much more like the Fabricator which in game is known as the Titranium Workbench. I have added some more meat to the general silhouette which I think really beefs this machine up. Once all the extra normal details have been added this machine should look way more tech than it has previously. Quite enjoying this one.

Here’s a render of the high poly which shows the improved form.

This week I’ve been working on a new character for some of our promo stuff, currently trying to match up the styles with the old characters so there’s no weird disconnect between the faces. I first modelled a normal human face and then started stylising it to match the old characters, I had to do things like sharpen the edges of different features like the nose, eyes, eyebrows etc. to match the old style. There’s definitely a couple weird things that still need to be fixed, focusing a lot of getting nice clean normal bakes so that everything looks clean and nice. Now that the basic head has been re-topologised in a way that properly supports this style, we can start doing a lot of cool new faces and trying to push some character into these new ones. Here’s a couple images of the updates, the first one is the difference between the original topology and new topology (just a look at how the actual bakes came out not the actual topology) and the second one is a look at the stylised zbrush sculpt of a generic male. 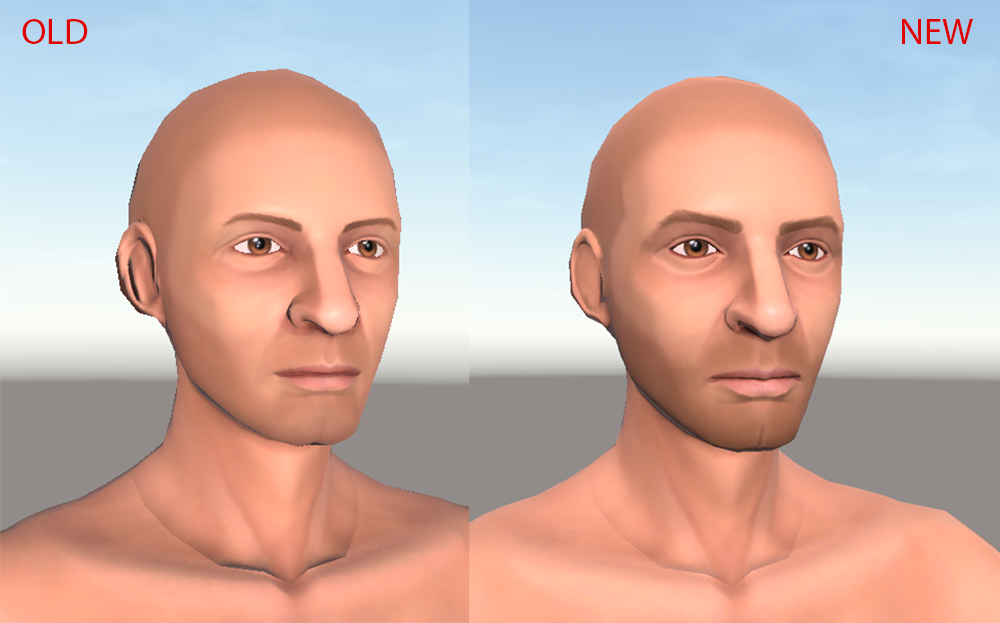 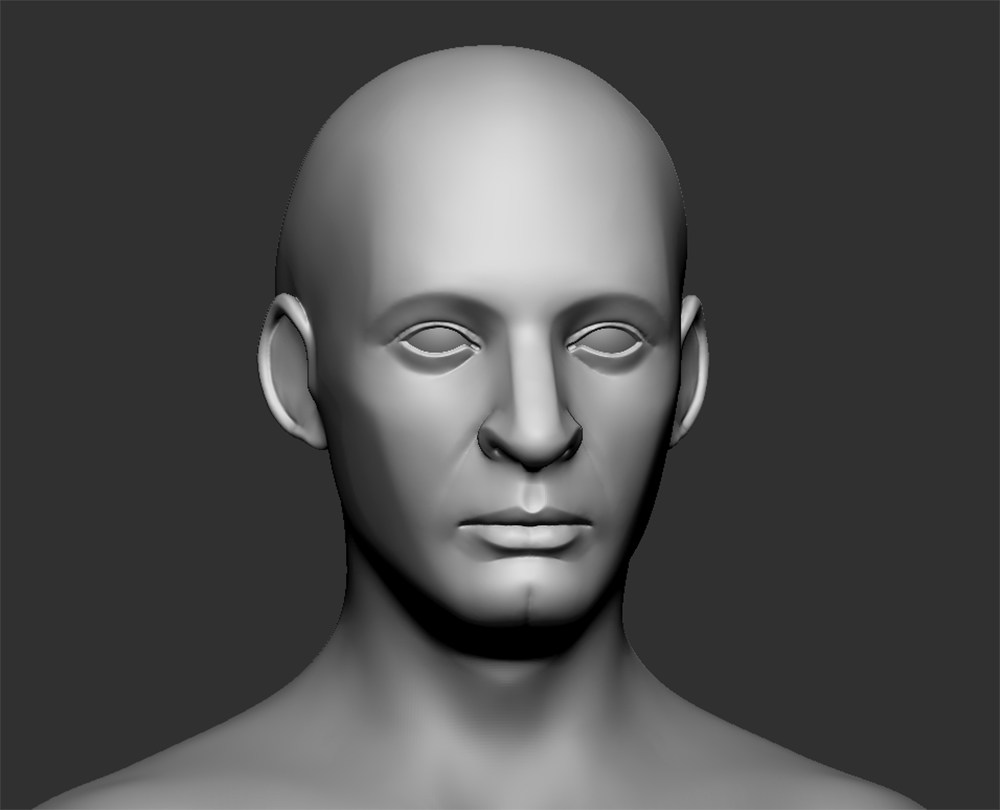 This week I’ve been working on our interaction system adding a new UI panel to show all interactables that have a UI menu (eg. workbenches, storages, vehicles, campfires etc.) in your local range that you have line of sight to.
Another addition is that on opening the character window (tab key by default), the first nearby interactable with a UI window will also be opened (if there is one available). In practice this means if you know there is only 1 interactable near you, you can open it by standing in range and pressing tab. We think this will make things like picking up player loot a bit smoother and will also help with inventory management and crafting as you’ll be able to stand in range of multiple workbenches/lockers/storage chests and then use the new UI tab to switch between them with a mouse click. The handcrafting menu will also be moved into this panel as having it as a character window tab didn’t make a lot of sense when every other tab changed the contents of the character window.
I’ve got this system functional now but it still needs testing and an art pass before its ready to push out.

The main reason I’ve been working on this interaction UI is to give us a sensible place in the UI to add our new clans feature!
With our incoming end game overhaul focusing on bragging rights, cosmetics and other non-progression bound rewards we realized we would need a grouping/clan/team system to be able to manage this properly.
We haven’t locked down the full set of clan features just yet but we definitely want players to be able to identify clan mates in the world (something like a recolored nameplate that becomes a simplified marker at a distance), be able to see online/offline clan members, be able to define a visual style for the clan (ie. specific clan colors) and be able to claim construction cells with a special clan ownership stake that will authorize all clan members.
There’s much more we’re considering including new gameplay features that rely on clans but it’s still a bit early to spill the beans on these whilst they are still being worked out, I’ll be starting implementation on clans next week so look for more info next blog!

Last week I mentioned a few bugfixes and debugging features I’d been working on for a potential hotfix build I was hoping to get out this week but the work on extending the interaction system has taken me longer than expected and we haven’t had time to really test these fixes and changes so no hotfix this week.
Because these fixes aren’t for major blockers I’m thinking it’s going to be most efficient to just roll these into the next major experimental patch instead.