Last week was full steam implementing the territory control system and getting the patch out the door. I’m pretty happy with how it came together and checks another thing off the list of todo before V2 release.

Helicopter
This week I’ve moved onto implementing our first aerial vehicle, the Mozzy (Helicopter). I’m a massive fan of the old Battlefield series choppers (like BFV) in that they were tricky to fly, and in the wrong hands would mean a dead squad. I can’t stand the modern take on choppers that you can’t crash even if you try, so I’ll definitely be making this one a challenge.

Helicopters work fairly similarly to other vehicles in our systems, just a drivers seat, rigidbody and some forces based on input. The biggest challenge is we currently have no mechanism of locking and capture mouse movement on the server for vehicles. To do this we need to clamp the mouse to the center of the screen for specific vehicle seats, then pack our mouse deltas into the direction vector that is usually sent assuming the server knows what to do with it, then not render the client side mouse movements. We are using the mouse to control pitch and roll, A&D as yaw as in most games.

I have a rough prototype working well now, but my OBS is recording at 15fps since reformat so you’ll have to wait until next week to check it out.

Next on the menu is designing the sounds for it, dust particle effects when near ground, and blade animations. I hope to have all this completed this week.

I’ve been a busy beaver this last week. First up I created the Clan Totem do-over. As I think I may have mentioned previously the first Clan Totem looked a bit Grey against the metal walls inside the construction system. To get around this we created another one and are going to use the original as the Territory Marker so no work wasted there.

This came out pretty nice and is made up of multiple materials, so it will contrast against all the construction wall types. 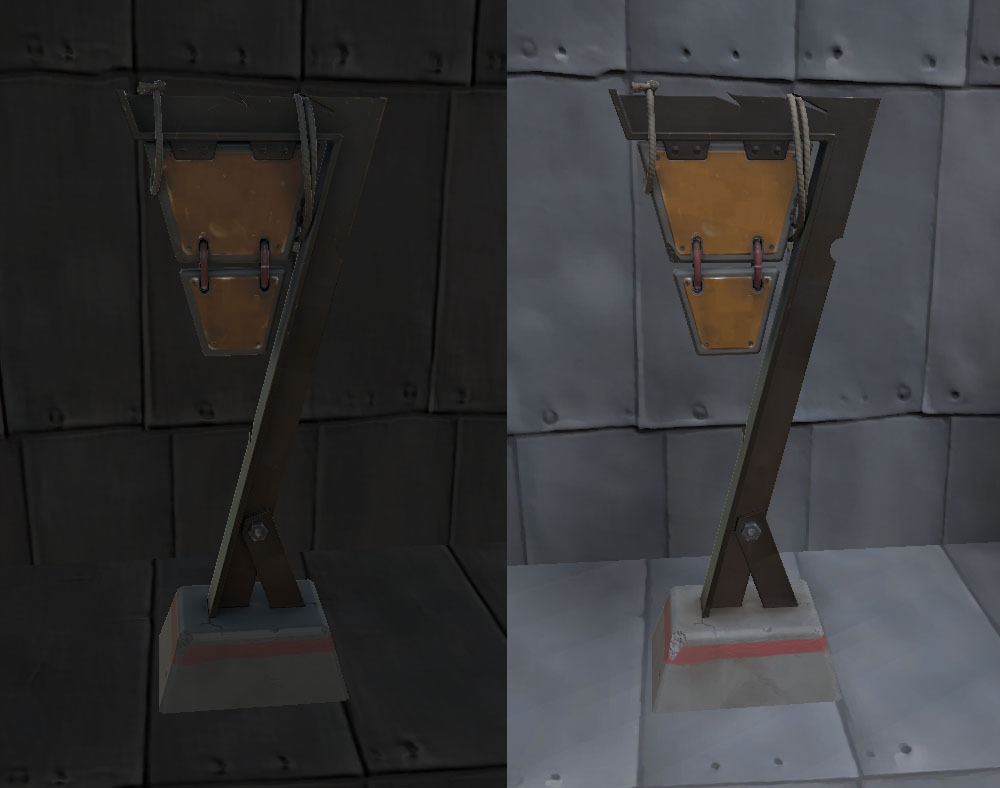 Next up I remade the campfire still based roughly on the original mesh but with much nicer textures and a more efficient mesh. This was pretty satisfying to work on. I took my time making a nice glowing charcoal material for this and it came out really well. 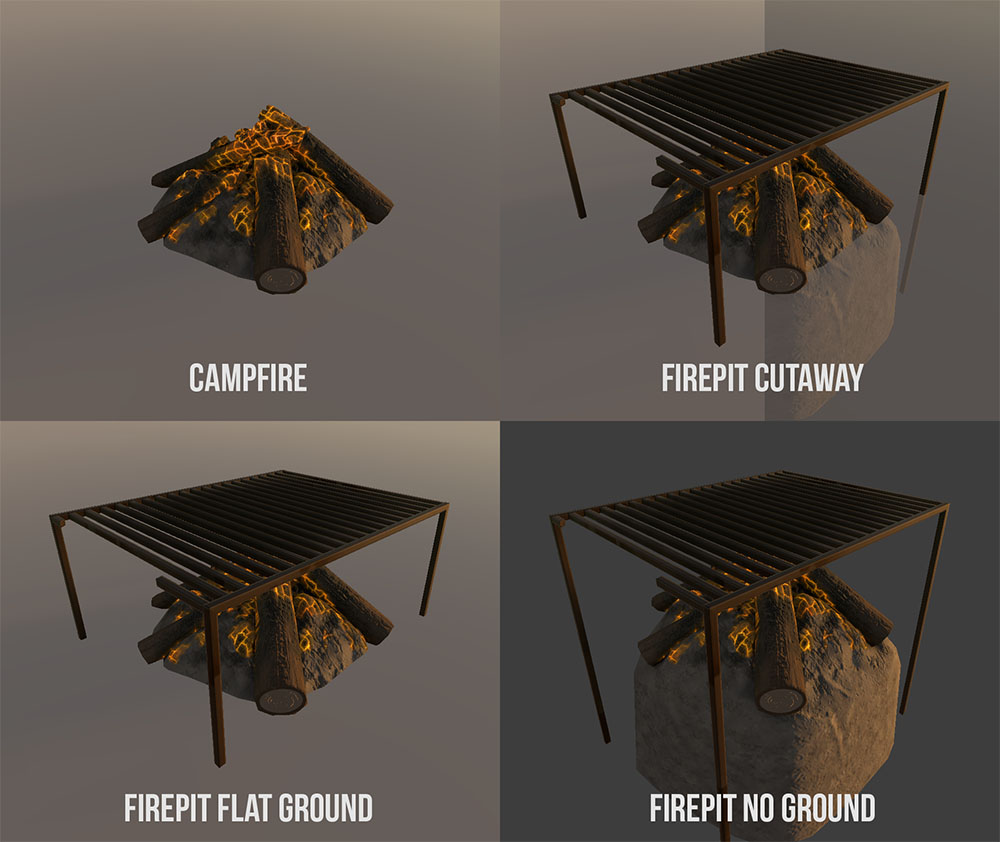 I also created 3 icons for the Territory System. The bottom three icons will help players discern 3 Binary Effects. These will pop up next to your health bar like the other binary effects such as ‘no build’ etc. These 3 icons (from the left) aim to convey the following information to the player… 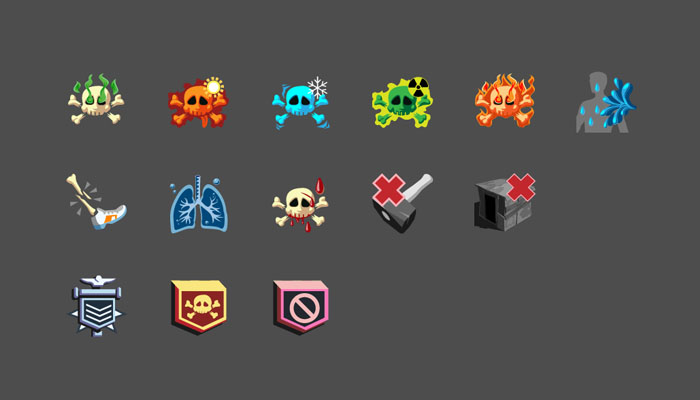 I also helped Spencer modify our main rocks so that we save a lot on polycount across the map. Hopefully this will yield massive performance increases. Fingers Crossed. 🙂 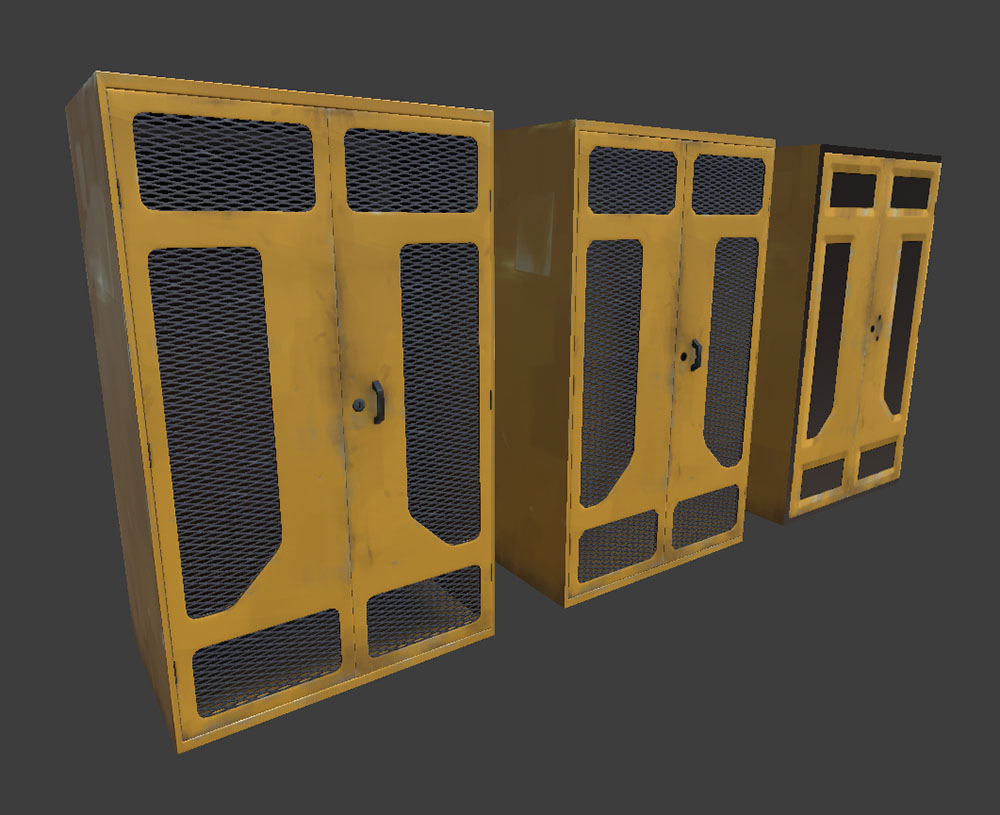 One Last thing… I also just got this done too. A re-texture of the storage locker. Looks way more interesting, colour should pop out more when in your base.

Whattado, It has been a great week watching some of the trailer come together. Lots of problem solving working out ways to film live action segments in game engine. But starting to make things really start to pop. Also have been continuing work on the interface and icons for the clan system.

This week I worked on building some territory stamps for the new system. The idea with these was to block the line of sight of players that had previously died in the zone and were locked out and also provide a flat area for building. The challenges with this was lining up all the build zones with the actual in game build grid. Currently these have a pretty boring design and will be updated with some actual thought put into design. I also fixed up what ever was left with the characters bar a few things which will be fixed this week. 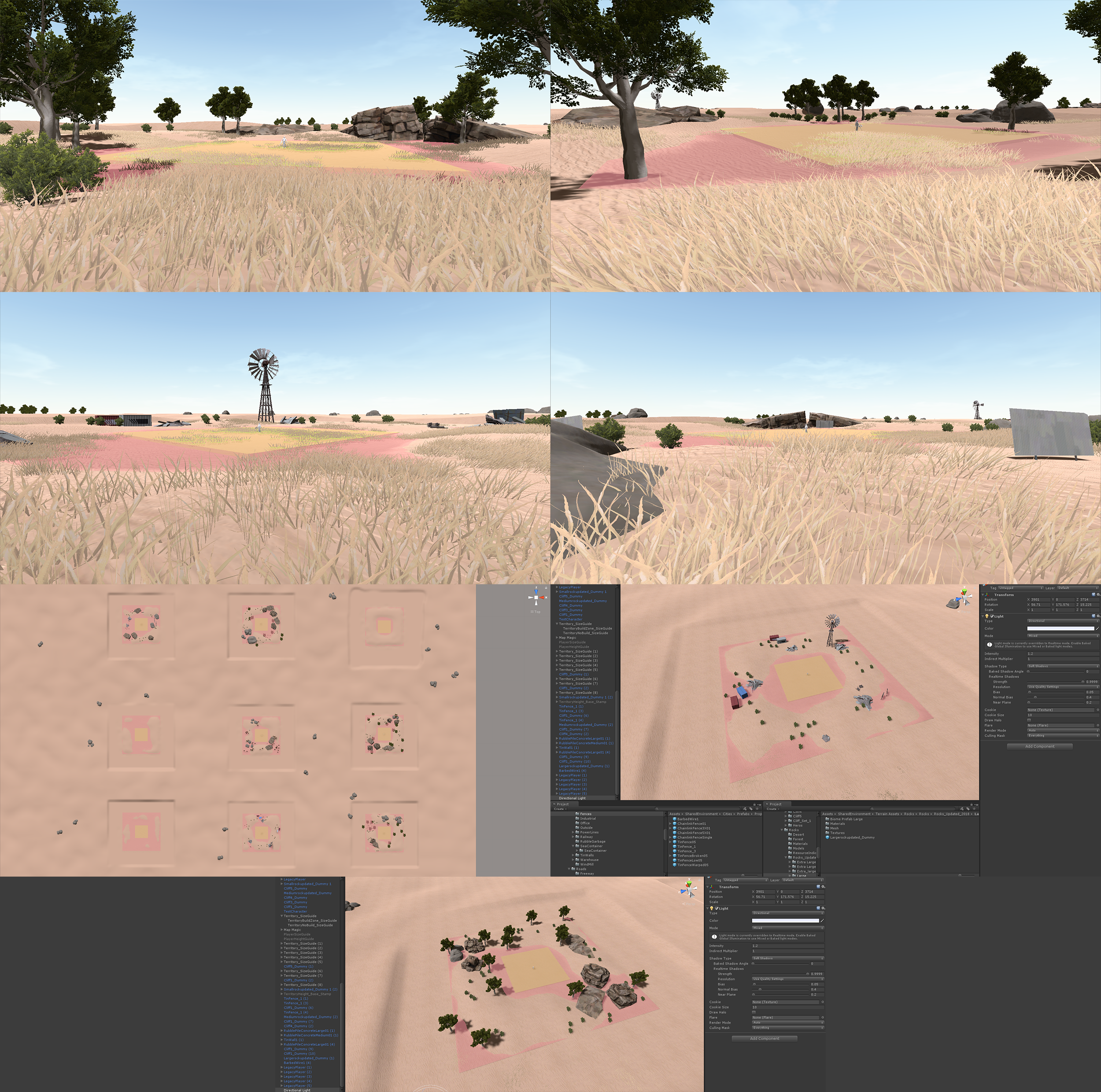