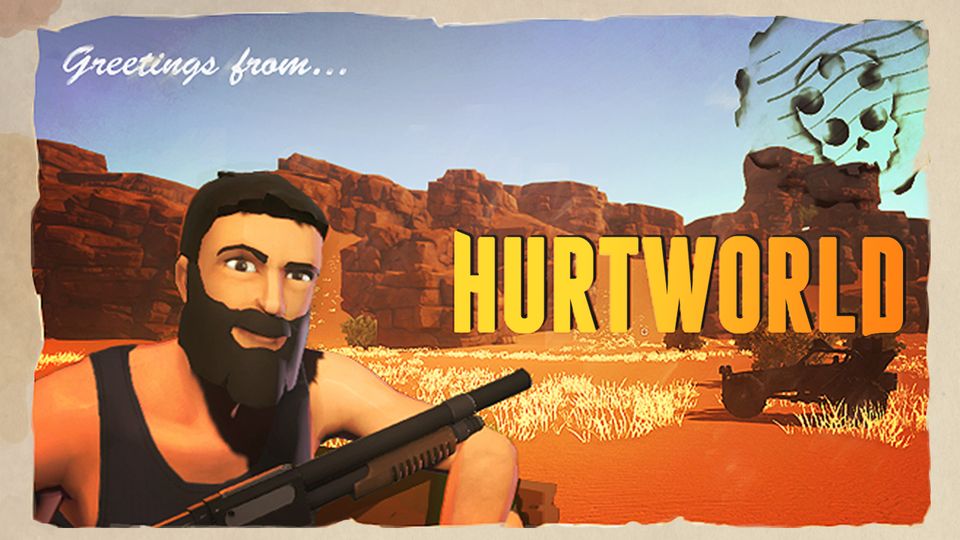 This last week has been insane! We went from our tiny closed alpha of ~20 people online at a time, to over 10000 concurrent users across 1000 active servers in just 7 days. We still don’t quite believe that number is real.

This update will be short and sweet, once things settle down a bit I will lay out our roadmap in detail.

You guys have been thrashing the new build, tracking down heaps of bugs and giving us loads of awesome feedback.

With so much going on it’s easy to get caught like a deer in headlights watching it all go by. We’ve been trying to read everything everyone’s posted, we were drowning in communication but I think we’re finding our feet.

This week I’ve been in full damage control mode. Putting out patches, breaking stuff, fixing it again etc. The main focus has been keeping everything running and patching out any major exploits that come up.

Exploits
The first wave of exploits were caused by our own bugs. All that we know of are now sorted. The next wave of exploits that are starting to pop up are client side cheats.
I am aware of a few security holes in our server protocol that I’m working on patching right now. We also plan to implement Easy Anti Cheat this week which will give us access to an extra team of people dedicated to hunting down and stopping client side cheats.

Metagame
I’ve been collecting heaps of feedback on things that affect the metagame like respawn time, infamy balance tweaks, loot frequency etc. Unfortunately I haven’t even had a chance to play the game since launch I’ve been so flat out, so I can’t really make judgements on these mechanics until I can really experience them myself. Priority one is stomping out cheats, metagame will be next on the agenda.

Official Servers
We don’t have enough, some keep disappearing. We’ve outgrown our current operation and need rethink our approach. I have someone on the task of sourcing our own dedicated servers and will be automating more of the process so we can manage the official servers much better. This might take a week or two but will be worth it.

Spencer: Cowtrix wasn’t in the office for this dev update so I will summarise. He built the awesome new server browser, put more languages in and has been on bug fixing duty.

Well its been a pretty crazy week for which we have all you guys to thank…..SO THANKS!
Once things settled down a bit I have gotten back to cranking out content.We wanted more ways for players to be able to individualize themselves, so I have started to make a bunch of masks crafted from the various Hurtworld animals. First up is a BorMask as they are probably still my favorite creature so far 😉
Oh yeah and we have a handgun now! 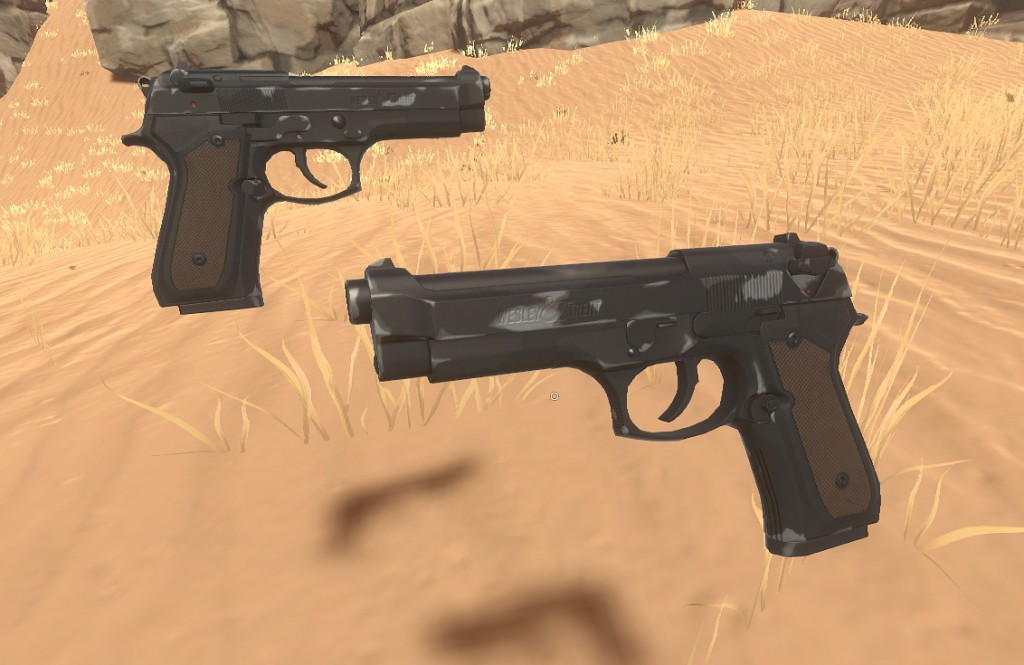 Wow, what a week! In between responding to as many emails and forum posts as possible, I also managed to work on some wheels. So I’m working on more sexy wheels for the cars. This new wheel is inspired by the style that suits, 1960’s – 70’s muscle cars. I have a bit of a passion for these vehicles.
Will be making a few more varied sizes and styles over the coming days. Will be nice to see you all rolling these down the road soon. 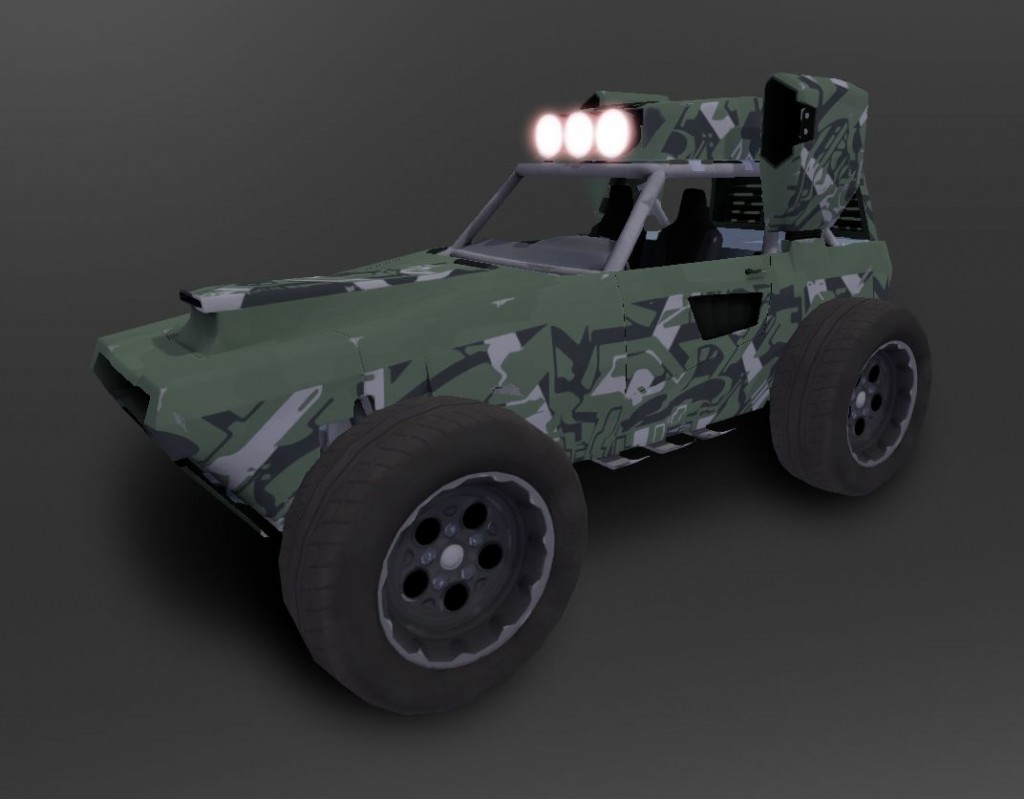 Pretty intense 6 days! I haven’t posted that much on Forums in 6 years! Good to get to know a lot of you. Anyway, will keep the support coming, but I have animation tasks that I have to get moving on. First up is taking the Pistol from Gav and making it move. Few small bugs and improvements to be made to state-flow too (they will go in with patches). Expect some gyfycats in coming weeks! 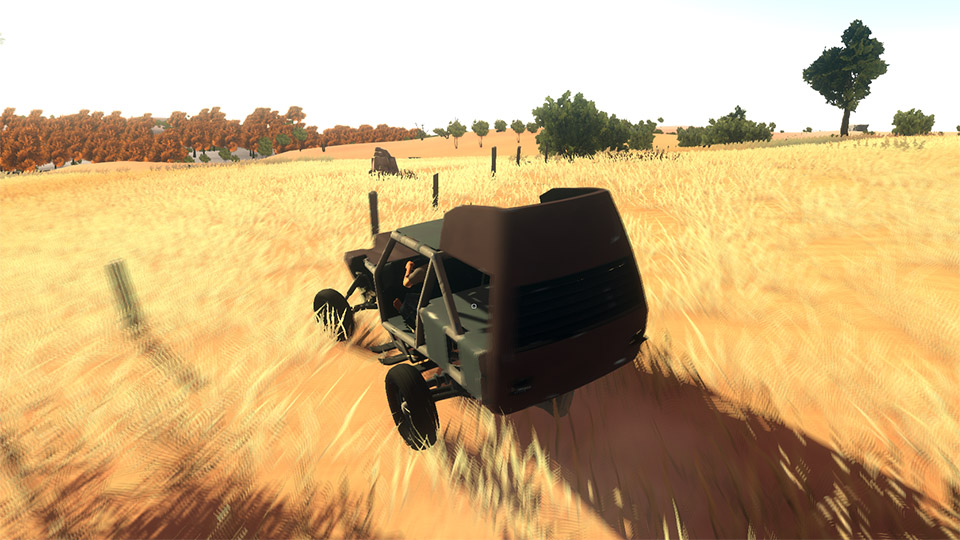 Hey Folks – We are all working hard towards EA release, 9 days to go. Here is the summary…

I’ve been fixing bugs, tweaking the map and balancing out the new progression. I’ve also got the new Infamy system to introduce that we’ve been working on for a few weeks.

This system is design to create more PVP interactions with significantly less butthurt. As Hurtworld has more of a progression of gear than most survival games (and will get much larger as we add more content), the amount you have to lose & time wasted from death becomes greater and greater. Losing everything isn’t that painful if gear is easy come easy go. Creating backups of all your stuff to ensure you aren’t naked next spawn is boring, it also stops us from design mechanics that let you get attached to your gear. Any awesome piece of loot you have you probably won’t use from fear of losing it, and most players end up running around naked with a cheap gun to minimize risk.

There is also the effect that I have seen on most popular twitch streamers is an anti PVP mentality due to the usual imbalance of encounters. Quite simply, it’s never a fair fight.

Our proposed solution is:

EDIT: This wasn’t clear. Raw materials ammo and food will always drop from your hotbar & backpack

Secured gear in your hotbar and equipment slots (gear you are wearing) can only be dropped if your infamy level is above zero.

Infamy is a stat bar that increases by one every time you kill someone, and slowly decreases over time back to zero. For each point of infamy you currently have, you have a chance to lose a secured item (equipped gear / weapons / tools).

We hope this will have a few effects.

As with any new gameplay system, it sounds great in theory to us, how it plays will be the real test. This behavior will be the default on December 4th, however server owners can override playerlootmode to 4 different settings depending on preference including the classic lose everything.

Icons, icons, icons. I have been polishing up some new icons and fixing some older placeholder versions. This set is looking nice but there are always many more to come as we pump out new content which then needs an icon to pair with.
I have been toiling over small fixes to a bunch of other items, we seem to be making good progress heading toward the release.
Excited.

Aside from a couple of fixes here and there it’s basically been more content from me this week. A bit more of an Aussie vibe to these latest items, including the icon of Australian safety the stack hat or StackRat in our case 😉 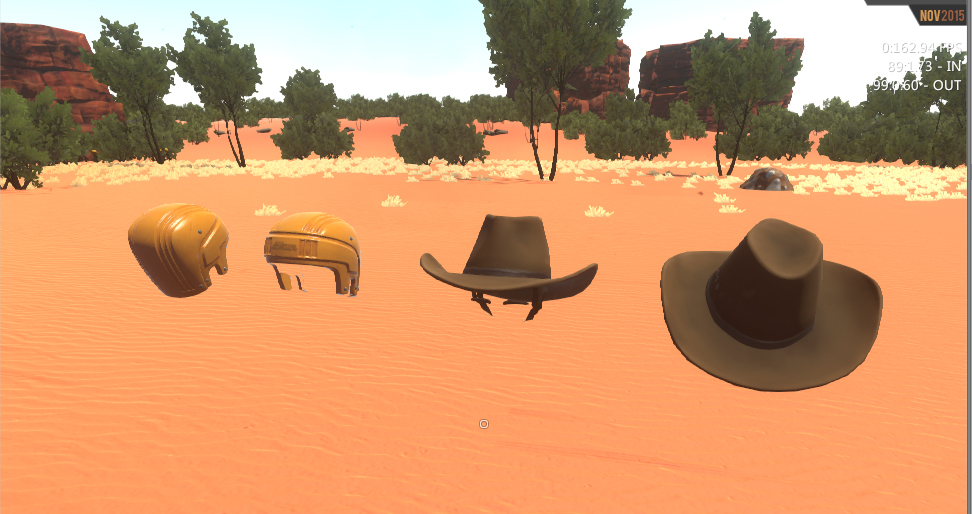 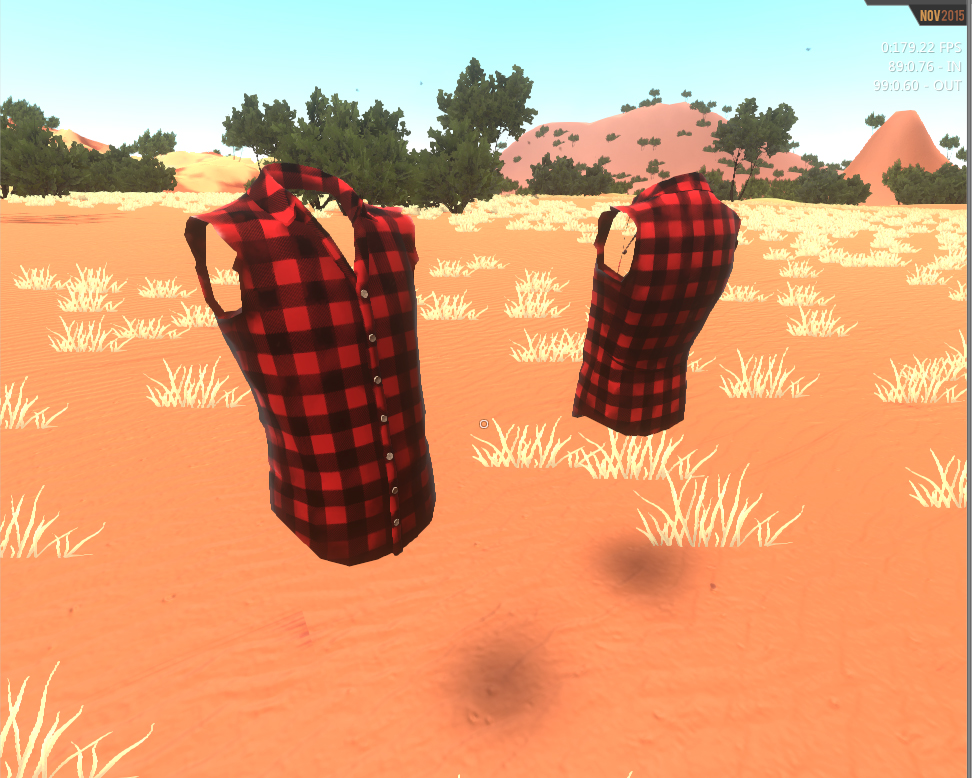 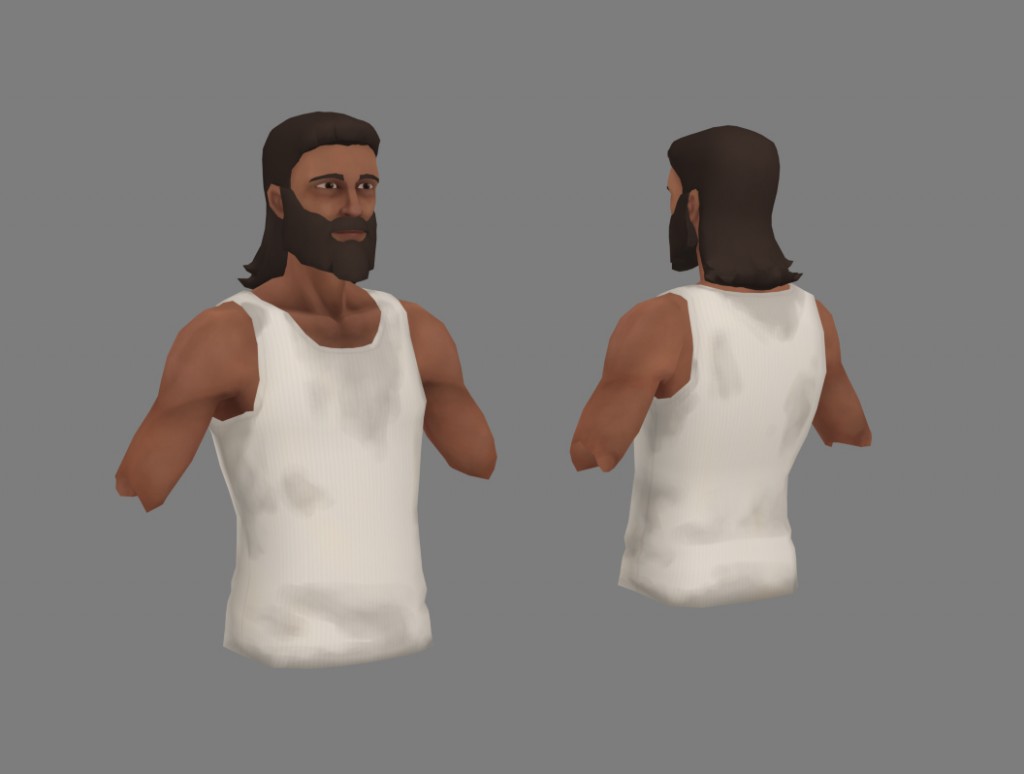 I have been working through all the 3rd person iron sight weapon animations an making them better/clearer and more side-on. Also cleaning up the spear and adding all the cool character items Gav has been building. And bug fixing. 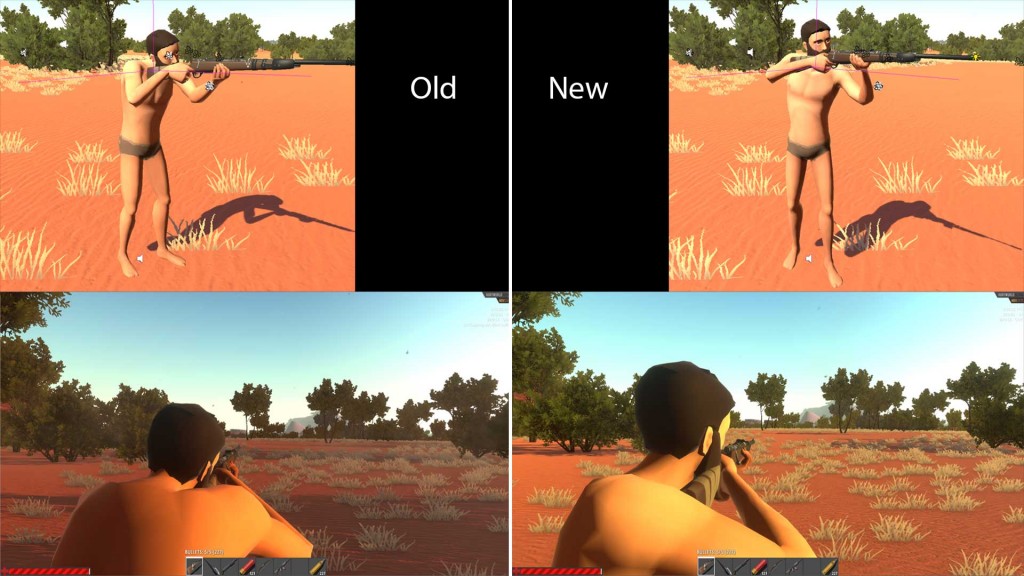 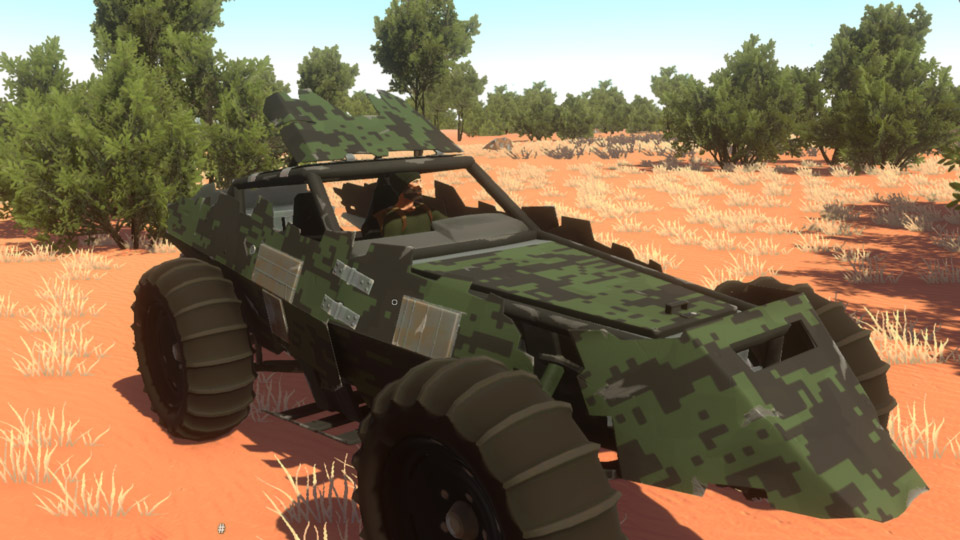 This week  I finally made some time to fix the vehicle physics. The handling on the Goat was horrendous and so fragile to configure that I decided to scrap the whole system we had in place. We were using a 3rd party library which was based on physically accurate simulation model and used Unity’s PhysX wheelcollider. Problem with this is, we spend most our time in real life driving on almost perfectly flat paved roads, and in game we expect that sort of handling all the time. If you took a dune buggy up a bumpy cliff at 100 km/h you would indeed lose traction and flip out.

Another problem is that the Unity 5 wheel collider is horribly unstable, not to mention changes its dynamics quite often, making upgrading to newer versions of Unity a pain as we have to rebalance the vehicles again.

In place of this, I built a much simpler system that uses none of the above (Instead uses manual raycasts and forces). As the wheel forces are completely custom, I now have complete control over how things handle. Instead of configuring friction curves, gear ratios, clutch / differential and engine rpm torque limits; we simply say top speed = X, acceleration force = Y, grip multiplier = Z and everything handles nicely.

You also now have some level of rotation control in the air to make jumps more fun, everything controls pretty similar to GTA 5 now.

Next I implemented all the new Roach panels and skins Mils has been working on (as seen in the header). A big benefit of the vehicle physics simplification, is that attachments can have additive effects on the performance of the vehicle without having to worry about breaking the initial fragile handling settings. For example, the engine sets the base acceleration & fuel consumption rate, the gearbox sets the initial top speed, a roof scoop can add additional traction multiplier (because downforce?) and a bonnet air intake can increase acceleration force. Armor plating can reduce damage to the car but also adds weight which slows it down.

All this runs through our entity stats system which the player uses to simulate metabolism / environmental effects. This means we can do things like decrease traction when the vehicle is wet or make a gun that causes a 90% drop in engine power for 10 seconds with a single line of code.

As usual, can’t wait to open this up in our SDK!

I also built the world spawner loot table for all the vehicles. In the new system, you can’t craft vehicles anymore. What this does is generate a random set of panel attachments, wheels and engine parts and spawns the chassis in the world. There is a very small chance that the vehicle will be drivable on spawn, likely you will need to scavenge for parts before being able to drive it. I decided to make the panels that the vehicle spawns with fixed for now. Meaning if you want a Roach with the complete SharkWeek body kit (feature image), you need to find it. Vehicles chassis’ will be easy come easy go, so will give you a chance to find a large enough number to eventually get that ideal rare spawn with the kit you want. This will likely change once we add some very expensive tools / machines that allow remodeling of vehicle body’s, until then you must find your perfect one out in the world.

This week I’ve been fixing exploits, bugs, and a few issues we’ve been meaning to get around to for months but never have. A small sample is implementing sounds for the Yeti, making machines not stack, adding more server configuration options, and fixing some memory leaks on the server. I’ve also started implementing the Infamy system – we’ll reveal more on this soon.

I am tying up loose ends and polishing any art assets that have had a bit of a place holder vibe. Also doing some fresh creations that we need for the launch.
This includes; Icons, Vehicle Skins, Promo materials for the launch.

Pretty much just trying to crank out content up till release. This week I finalised the Windmill model and made sure it was able to be separated into multiple pieces to get more bang for our buck. I have also done a snow/arctic and a forest type skin for the shigi, as well as multiple spear textures and feathers to make it easier to locate. 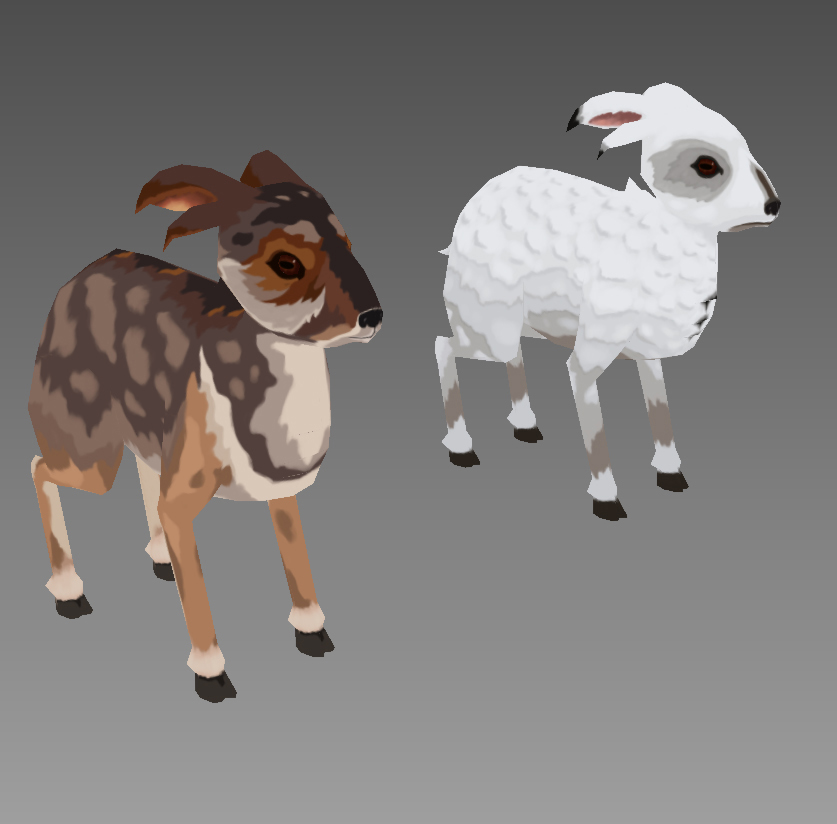 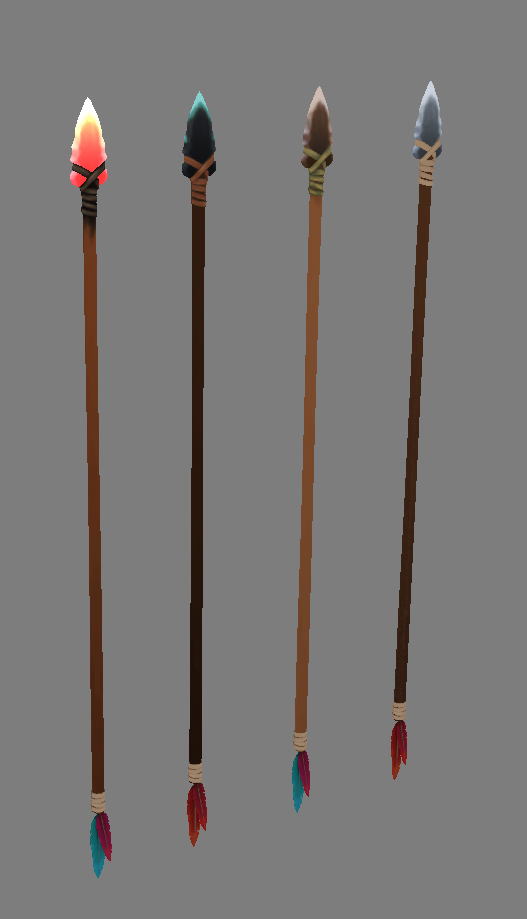 I was away last week with my family working on my tan 🙂
Hard back into it, sorting out all the animation bugs for shotgun and spear after Spencer’s hard work implementing them last week. Lots more to do to tighten the character up, including re-doing a lot of the rifle work based on some less awkward 3rd person posing that works better, and adding in a few more sounds.